Anti-Semitic violence and vandalism is growing, according to a yearly report that monitors anti Semitism across the world. Increases in anti-Semitic events are certainly on the rise in the Uk, France, and other parts of Europe due to activity by extremist groups.

During 2012, Israeli researchers warned of a surprising upsurge in anti-Semitic attacks in a presentation to The Associated Press. The researchers noted as examples, the deadly shooting at a Jewish school in Toulouse, France that occurred in March 2012 where a Muslim gunman killed four people in a chain of attacks that followed – especially in France, where physical assaults on Jews almost doubled. The researchers also said there’s been a continual rise of extremist parties in Europe through the year.

These findings are part of the annual report on anti-Semitism on the planet. The report was released as Israel commemorates the day that German Nazis and their collaborators killed 6 million Jews in the Second World War.

The report is a collaborative effort between Tel Aviv University and the European Jewish Congress, an umbrella group. The report noted a 30 percent jump in anti Semitic violence and vandalism during 2012, following a two-year decline. Events recorded during 2012, include 686 attacks in 34 nations, in comparison to the 526. The episodes vary from physical violence against individuals to vandalism of synagogues and graveyards. At least 40 percent, or 273, of the episodes during 2012 involved violence against individuals.

Tel Aviv university’s Center for the Study of Contemporary European Jewry notes the report shows there’s little correlation between the increase of anti Semitic assaults and Israel’s military operation in Gaza in November 2012 compared to an Israeli offensive in Gaza in 2008, which led to an important spike in assaults against Jews in Europe. But that spike in 2008, was much smaller in number and intensity than the one that followed the Toulouse school assault in 2012, based on the report.

Roni Stauber, the lead researcher in compiling the data for this report, said, “This shows the desire to harm Jews is deeply rooted among extremist Muslims and right-wingers, regardless of events in the Middle East.”

In this year’s report, researchers assert that there’s “a correlation between the strengthening of extreme right-wing parties in some European countries and high levels of anti-Semitic incidents, as well as attacks on other minorities and immigrants. Europe’s economic crisis is fueling the rise of extremist parties like Jobbik in Hungary, Golden Dawn in Greece, and Svoboda in Ukraine.”

The European Jewish Congress is calling for stronger actions by the European Union. The Congress is asserting that participant governments are not doing enough to stop the anti Semitic activity and protect other minorities.

Moshe Kantor, president of the European Jewish Congress charges that, “Neo-Nazis have been once again legalized in Europe. They are openly sitting in parliaments,” he asserted.

Based on The Associated Press, Kantor, a Russian-Swiss businessman, said the EU should even consider expelling Hungary and Greece. Following the presentation of the report, Kantor said, “If they do not protect their own population against neo-Nazism, with all the lessons Europe had already, maybe there is no place for them in the European Union.”

As a first step, the European Jewish Congress, according to Kantor, is asking the European Parliament to hold hearings that are special to look closely at what’s happening in Hungary. Parliament spokesman, Jaume Duch, indicated that the parliament is planning to hold those hearings.  Anti-Semitic violence is growing. 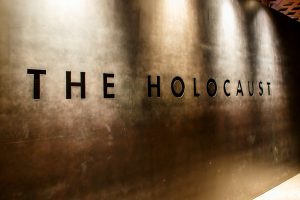 This appears realistic and reasonable as a next measure since Martin Schulz, the president of parliament, is vocal and consistently criticized the anti Semitic incidents happening across Europe. Events, most notably, have happened in Greece, Hungary, and the Ukraine, ranging from an expression of fondness for Nazi literature and references (which happened in Greece), to calling for Jews to be screened as possible security dangers (which was a request from a lawmaker in Hungary). A leader in Ukraine continuously refers to Jews in terminology that is derogatory. Anti-Semitic violence is growing.

Anti Semitic violence and vandalism increasing across Europe, beyond the Middle East, is really a reason to be alarmed and to be more vigilante of neo-Nazi’s getting a stronger foothold on the world stage.

Additional information can be found at http://www.kantorcenter.tau.ac.il/