What is happening to our two-party system? It seems to have been forgotten that American democracy works best with healthy political parties. Party politics seems to be at an all-time low. Traditionally, a strong Democratic Party and a strong Republican Party have characterized politics, the election process, and the atmosphere of how we have gone about governing between election cycles. This has been the case for decades, centuries, and across generations.

But in recent years, there have been growing cracks and fractures in the two-party system. The two-party process seems more fragile than every from two perspectives—relations between the parties and relations within the parties. The public has gone weary of seeing deadlock, the absence of collaboration and compromise between the Republican Party and Democratic Party in Washington. Hardline positions on both sides, preventing the best path forward, have been costly for the country and the people. Leaders on both sides seem to have forgotten that democracy works best with healthy political parties.

Why have the parties become so unhealthy? They have failed to even achieve and foster common understanding, collaboration, and compromise with the opposing factions within their own party. The discordance in the Democratic Party exists between those who are considered progressive or left of the center or mainline members. In the Republican Party, the rift seems to be between those who consider themselves conservative and those who are considered extreme far right. What is lost in the party infighting is that democracy works best with healthy political parties. 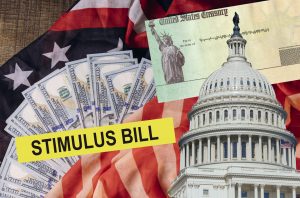 What will it take to stop this destructive and detrimental decline in the functioning of our two-party system, which has historically kept American democracy making progress for the American people?

First, both parties need to do what it takes to get their own house in order. The hardline factions within the parties are weakening their effectiveness as a whole. Putting the welfare of the country and its citizens must regain center focus, must become the main priority in conducting the people’s business. The Republican Party and the Democratic Party must believe unequivocally that democracy works best with healthy political parties.

Secondly, every elected official, regardless of party affiliation, must be willing to put any and all personal interests, any grab for personal power aside. Elected officials must always let the best interest of the country and people drive their decisions, speech, and actions.

Thirdly, a commitment to decency, respect, and civility must be the governing principle at elected officials work with each other. But all three of these steps will not occur until each party is clear about who they are, what they believe, and what they will stand for—their value system. Only their core values and behavior will confirm whether they truly believe democracy works best with healthy political parties.

One party may be sicker than the other. But both need to take steps to work better within their respective parties. The Republican Party and the Democratic Party must figure out how to work better together for the sake of the country.