Whether Republican, Democrat, Independent, or non-identifier, watching this historic impeachment trial poses defining choices for all Americans who really are concerned about the future of this country. It is not just former President Donald J. Trump who is on trial, but members of the United States Senate. It is more than a civics lesson. It is a lesson about the essence and future of America.

While we as individuals may not have a mastery of the U. S. Constitution, we fully expect our representatives and senators to have a working knowledge of it, and access to Constitutional scholars who do. There is no excuse for them not to abide by the Constitution and uphold their oath of office. Are you watching their actions or inaction? What are you prepared to do if they do not? In terms of our civic responsibilities, this historic impeachment trial poses defining choices that we dare not ignore. 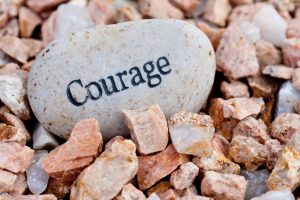 The least that each of us can to is to Call our Senators and urge them to vote for America, vote for democracy, and vote for the people.

If we fail to heed and act on these lessons, there is a lot on the line. Every caring American citizen must ponder what is at stake, whether former President Donald Trump is convicted or not. Each citizen must ask him or herself, what kind of democracy and governance would he or she like to see in the near future and for generations to come. What kind of public conduct should govern elected officials’ behavior, their speech? A historic impeachment trial poses defining choices if we only have the courage to take stands and make them.

What American institutions and traditions should be held sacred and upheld? What will be the cultural norms that we hold in common, that will bind us, define us as uniquely American? More than the political fate of Donald J. Trump is at stake. The very nature of presidential conduct, Congressional conduct, and the acceptable conduct of citizens in adhering and upholding the Constitution and American institutions are on trial.

This historic impeachment trial poses defining choices in what we need to fix in terms of shoring up our laws, taking measures to protect our institutions and traditions. It is clear that with where America finds itself, they can no longer be taken for granted.

The very essence of America is on the line. Call your Senators and urge them to have the courage to vote for America, vote for democracy, vote for the people. Put party and politics aside.