Biden and Harris Cannot Fix Our Heads and Hearts

When you look at the behavior of some elected officials, one is forced to conclude that politics is valued more than people, the welfare of the country, and well-being of its citizens.  Each and every elected official takes an oath to defend the Constitution and Rule of Law whether at the national, state, or local level of government. They vow to defend the country and local jurisdictions against all enemies, foreign and domestic. They vow to function in the best interest of the people who elected them.

Whether those vows are stated explicitly, in different ways, depending on the elective office, the meaning is the same: The elected official is supposed to put the interest of the office and the people they represent AHEAD of their own personal interests and benefits. Are your U.S. Senators, Representatives, your Governor, state representatives, Mayor, and others adhering to the oaths they took? Based on their behavior, does it seem that politics is valued more than people? 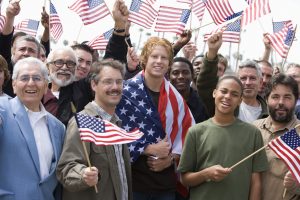 What other conclusions can be drawn as you observe their words and actions, or their silence and inaction, when it comes to doing what is in the best interest of the country and the people? This is something every caring citizen needs to seriously ponder. One can also conclude that personal power and money may be the motivators when politics is valued more than people, more than the well-being of the city, state and country.

Elected officials supposed to be leaders, not just when things are going well. The true mark of leadership is when you standup, voice truth and facts, even when it may not be the most popular of safest position to take. Real leaders LEAD in good times and bad, during periods of calm and more importantly during periods of upheaval and unrest. Real leaders realize the importance of dealing forthrightly with an issue or condition and are able to make decisions that will be beneficial in the long term, not just the moment.

When politics is valued more than people, and what is in the best interest of the country and its citizens, real leaders rise above partisan politics.

If we cannot count on our elected officials to function in the best interest of our nation, our state, our city, our very communities, who can we count on? Who is supposed to be upholding and protecting our most sacred institutions? What do you do when politics is valued more than people, more than what is in the best interest of your country, your community, your family?

What do you do?