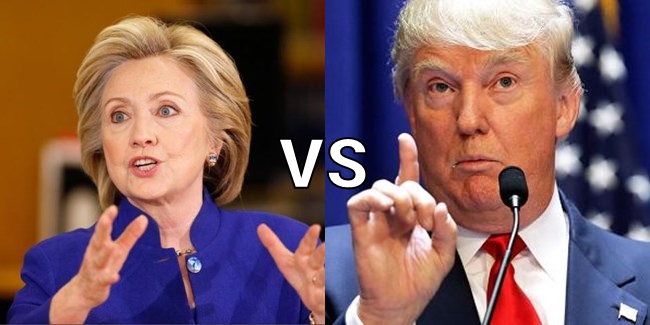 Hillary Clinton or Donald Trump for President of the United States? That is the ultimate question facing voters, and it is a most critically important one. It should be determined by facts and reasoning, not emotions.

But how can eligible voters, caring and concerned voters, arrive at the right decision not only for themselves, their families, but also the nation?

Cutting through the drama, the propaganda, the contradictions and all manner of partisan politics makes it very difficult to find the truth. But one way to sort through this maze is to look at this as Clinton and Trump competing for the most important job in the world.

The job of president has major qualifications associated with it. There are certain skills, character traits, knowledge, and experience that the person who gets the job must have.

What are some of the most necessary qualifications? And can we make the tough decision, despite emotions, party affiliation or leaning, and truly say, “If the candidate doesn’t meet these basic qualifications, can we really expect him or her to do the job”?

Hillary Clinton or Donald Trump. That is the question. Photo Credit: thewebnews.tk

When considering whether the next president should be Hillary Clinton or Donald Trump, try to best determine who is the most knowledgeable and has consistently demonstrated that he or she has a command of the major issues, challenges and policies decisions facing the country. That knowledge should be in sufficient enough detail to distinguish between good advice and bad, to provide leadership and direction. In addition, he or she must have the communication, negotiation and consensus-building skills to achieve meaningful outcomes.

Is it Hillary Clinton or Donald Trump who has the right and best kind of career experience to select the right cabinet or management team to grapple with some of the most complex issues facing our time within our borders and globally?

The President must be both an inclusive and compassionate leader if he or she is to balance the needs or the rich and the poor, the young and the elderly, the needs of minorities with those of the majority, the privileged and the disenfranchised in his or her decision-making. The President must perform the ultimate balancing act, making decisions based upon what is good for America and/or most Americans.

Strong integrity and high moral standards are also necessary qualifications for the job. When you sort through the facts and the partisan spin, who comes out with the edge on character and honesty, Hillary Clinton or Donald Trump? A valuable clue is to look at what each has actually done during their careers and lifetime. And it is not the same – equally bad or equally good.

Hillary Clinton or Donald Trump? Given some needed qualifications, who is ready to do the job?