If you ever doubt that one person can make a difference, the life of Martin Luther King, Jr. as an example that we should never forget. Too often, we see a problem, an injustice, a need of any kind and feel we are helpless to do anything about it.

When confronted with a situation that needs a voice or action, we allow those feelings of helplessness and doubt to take over. We are besieged by questions like: Who am I? What can I do? Too often, we conclude we are powerless to do anything. 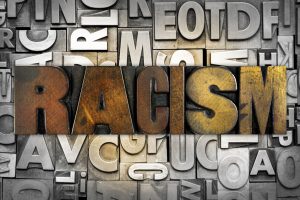 As we reflect on the life of Martin Luther King, Jr., we should be inspired to become engaged and involved with whatever issues or conditions concern us. As we pause to commemorate the birthday of King, the only question is: Do we care as much as he did? This is a question we should ask ourselves every day, at every opportunity.

And then, there are those who have achieved incredible gains for others who have suffered physical oppression, social inequality, economic and judicial injustices, across generations for centuries. The life of Martin Luther King, Jr. is an example of one of those giants.

It should be noted that King was a teenager when he became interested in getting rid of racial injustice in America. It was an interest that turned into a mission—a mission that he pursued during his entire short life, a mission that costs him his life. Had he not died at the hand of an assassin and lived, we would be celebrating his 91st birthday!

When he felt compelled to fight to improve the plight of the oppressed, he did not know all the things he would confront. But, during the days, weeks, months and years, he stayed the course despite constant obstacles, threats, persecution, and physical and emotional abuse.

The life of Martin Luther King, Jr. is an example, which shows if you care enough, are bold enough, courageous enough, and believe enough, you can make a difference.

As we pause to commemorate Dr. King, each of us can give serious thought about how we can apply our efforts to make things better wherever we can, as Martin Luther King, Jr. did.