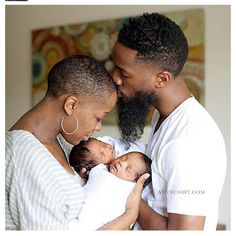 Reflection on the black family, how can the future prognosis be improved? The family unit that is black, while important and precious as any family unit, continues to be imperiled and disproportionately plagued by economic, societal, and educational conditions. These conditions appear to be perpetual and entrenched.

While many Sociologists might proclaim that those conditions could accurately describe the state of the family unit in current society, they might additionally need to easily acknowledge that whatever blights are normal to society, whether economic problems, educational issues, divorce, single parenting, inferior home, etc., the impact on African Americans is a lot more acute and the ramifications more far-reaching and long-lasting.

In many ways, the black family unit still suffers in the ravages of history. While there are various strong black families, headed by one or both parents, there are numerous others reeling from some indelible scars which originated with the institution of slavery, an institution that did everything in its power to rape and destroy the family unit, separating mother and dad, mother and kid.

There was just no value and no nurturing of the black family unit. Such total disregard went on much too long. Since that wretched institution allegedly died and also though it continues to be well over a hundred and fifty years, the many negative effects continue to be found now. Reflection on the black family unit needs to be sustained until real improvement occurs.

The black family continues to be imperiled by one detrimental power after the other. And the impact can be found throughout communities across the country. Poor health and limited or no access to the finest healthcare available; the vicious cycle of black on black crime; higher rates of joblessness during economical prosperity, even worse during economic downfall. By comparison, the black family still lives in blighted neighborhoods and poor homes.

Essentially, the black family unit is blighted by extensive and deeply entrenched social powers which make it difficult to enhance and stop the vicious cycle that divides and ruins. As an example, in addition to higher rates of joblessness, the option will be to take part in a welfare system that encourages separation and dissolution of the basic family unit. Girls can have babies and continue to get financial support for those babies for as long as the dad is not around to help raise them.

Possibly, the best and long-lasting impact of these harmful forces is on the children. The children are the ones who find it hard, maybe impossible, to have eyesight, to see beyond their immediate living environment. The children are those who are vulnerable, who are likely to succumb to drugs and a life of crime to escape their deprived and disheartening state. They are the kids having kids, in part out of a deficiency of direction and ignorance, in the need to feel significant to someone, to show love, to receive love and part out of hope. The result is double jeopardy, double loss. A young girl may never reach her potential; and the child she brings into the world starts out at a disadvantage. For a family unit which is already frail and feeble, this can only make it weaker, more vulnerable.

Where do the answers lie? Where could we start to stop the forces that are damaging?

First, we must refuse to believe they’re beyond our control. We must dedicate ourselves to do whatever we can to reinforce the family unit. The responses are neither simple nor easy. Nor can the family be reached instantly.

We must handle some really tough problems, like the continuous dependency on welfare. Welfare is a complicated subject, with causes that are elaborate. But by relying on welfare, dependency is bred more. Welfare is comforting and like a pain reliever, temporary, but it offers no ultimate remedy for what’s causing the issue. Long term, it does more harm than good. Occupation training and fair employment practices must be part of the long-term remedy

As we continue to work for better instruction, better home, equal accessibility to jobs and other economic chances, we should invest a considerable amount of time with our young folks. We must help them overcome many hurdles and misconceptions that can ruin their future even before they have any idea of what that future can be.

We must continue to accentuate the absolute fact that there must be instruction. Without an instruction in the present society, of enhancing your living conditions the chances are firmly stacked against you. We cannot continue to have low expectations of the kids, set uncaring and ill prepared teachers to train them, and blow off attempts to get parents involved in their education, which will be inexcusable in the age of technological choices.

World War II was won because it was waged with multiple forces. Most all successful wars are. The war that has to be waged to strengthen the black family must be waged on multiple fronts simultaneously. Sustained and concerted attempts must be required to kill the stranglehold of schooling that is poor, sub standard home, chronic unemployment, and the insidious reach and impact on reaching a level playing field to make ones life and condition better.

The negative results the black family unit experiences did not to occur overnight. It isn’t going to be solved instantly. But a realistic change won’t happen until conditions and the difficulties are tackled actually by all and on all fronts.