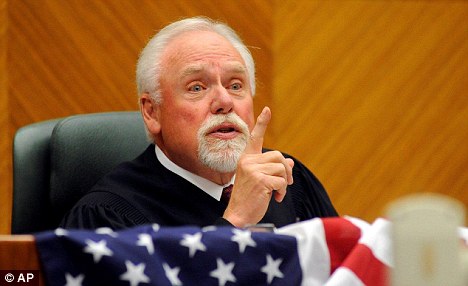 A judge and professor promote racism while carrying out the duties of their respective very public and influential positions. Every honest, fair-mined American citizen should be outraged. When a U.S. District Judge and a professor from a major university blatantly display racism  — all in one week — how do we put that in perspective as we work to achieve racial harmony and understanding?

Two different, but concerning, events occurred this week, which ought to give us pause. While both of these episodes became public, it begs the question, how frequently do such incidents actually make national news and occur in the course of a day or week?

While it does not matter which occurred first, the fact is neither should have happened at all — given trust positions and the leadership both hold. Let’s look at the abhorrent action of two incidents – a federal judge in Montana who was comfortable forwarding a racist joke about President Barack Obama to some list of friends, his colleagues, and acquaintances. The judge boldly said, “Normally, I don’t send or forward a lot of these, but even by my standards, it was a bit touching. I want all of my friends to feel what I felt when I read this. Hope it touches your heart like it did mine.”

The joke the judge circulated is despicable. I’ll let you judge yourself. It reads, “A little boy said to his mother, ‘Mommy, how come I’m black and you’re white? His mother replied, ‘Don’t even go there Barack! From what I can remember about that party, you’re lucky you don’t bark!’”

This type of debasing and disgraceful depiction of the mother of the President of the United States, circulated by a federal judge is just inexcusable, abominable, a miscarriage of human decency. How could anyone expect unbiased justice to be meted out in his court if the case affected involve racial equity or identical treatment under the law?

Is his staying on the bench a miscarriage of justice within itself when his activities exhibited not only bad judgment but an indicator of his human nature?

What should be the appropriate punishment for U.S District Judge Richard Cebull? Then there were the racist comments by a popular professor of religion at Brigham Young University. Randy Bott, designated as the “highest-rated professor in America” in 2008 according to RateMyProfessor.com, told the Washington Post that the Church of the Latter Day Saints prohibited black men from becoming priests because they weren’t prepared for priesthood.

Professor Bott instructs required courses, including preparing future missionaries amongst thousands of pupils every year. Apparently, he has a long standing reputation for his racist content in the lessons he teaches.

Why is he continually enabled to teach? Why are his racist viewpoints born? More importantly, why is he permitted to promulgate them class after class, every year?

It begs a more significant and more extensive question about the Judge and the Professor. While what they believe and espouse is despicable and detrimental, are we even more so for allowing them to continue?