Our Sense of Community and Country Begins at Home 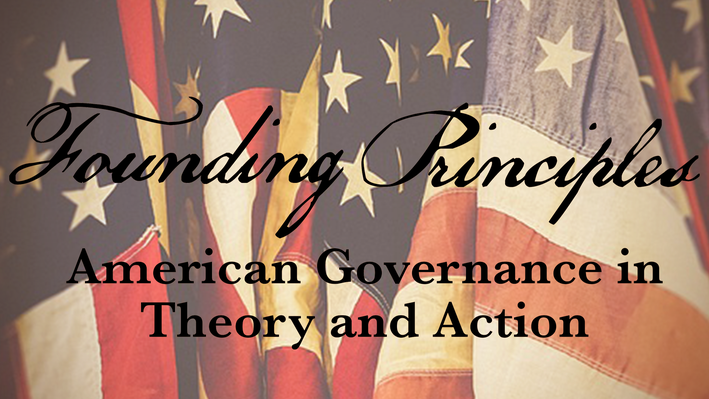 When you look at the current state of our country, are we moving away from great principles that built America? While far from perfect, America is still the greatest and most successful democratic republic in the world. But, when you look around, are we gaining or losing ground?

Our founding fathers, in forming the Declaration of Independence, Bill of Rights, and the Constitution, laid the foundation for greatness. They established this nation on the pillars of liberty, morality, law and faith. But it appears, more and more, we are trying to weaken and ignore the very guideposts that have kept this nation moving in the right direction.

When the Constitution was first ratified in 1789, it was not perfect. In has been amended twenty-seven (27) times since its inception. What does that tell us? That we should continue to improve upon the great foundation of America. Instead, we appear to be moving away from great principles that built America. It is prevalent in the divisive, errant, and toxic public discourse. 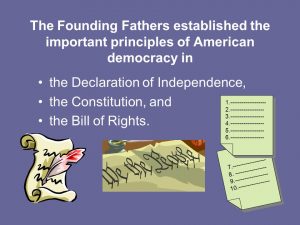 The founders formed this country to exercise religious freedom. Yet religion seems to be interwoven in the political dialogue. Sadly, in a negative and divisive way. Faith played a very important role with the founding fathers in building this country. It was evident all around: in our currency, “In God We Trust”; in our Pledge of Allegiance; in our patriotic songs, in the public display of the Ten Commandments. Now religion is being used to divide and demonize.

As time has passed, faith has become entangled with the notion of religious freedom, and what has resulted is a kind of religious oppression—yes, using religion to oppress and divide, here in America. America is about freedom to worship. Faith is about believing in what we cannot see. Isn’t that how dreams and greatness are realized? The founders had faith in God’s provision for this nation. There is nothing in the Constitution that speaks to religion or denominational preferences.

Similar erosion is occurring in freedom of speech, of the press, and the right of assembly. If you pay careful attention to what is happening nationally, and in communities all across the country, you will see some alarming trends. Legitimate factual press, peaceful assembly and protests, and civilized and factual speech are being demonized and vilified at every turn. This threatens the very existence of our democratic republic—the very existence. Yet, we seem not to be duly alarmed.

What must our founding fathers be thinking? Are we losing our way by moving away from the principles that built America, the foundational principles that made this nation great?

What is the environment, the national and local dialogue, telling you?