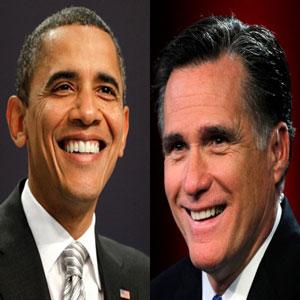 Obama or Romney, it will be up to voters. November 6, 2012, a historic day in America. The day we decide who is the next President of the United States, and who we trust our future too. Photo Credit: tnfarmbureau.org

We can complain about the big donors that have made all of the negative ads that are bombarding the media outlets possible. We can make the claim that those with deep pockets will determine whether Barack Obama or Mitt Romney will become the next president of the United States. But despite big money, the decision still resides with voters.

Will we exercise the massive power we have, or will we punt it away? Obama or Romney, who will lead America?

Not voting on Tuesday, November 6, means much more than not performing or throwing a very important game. Not voting will be tantamount to being anti-democratic. At a bare minimum, it certainly can be considered half-patriotic.

Anti-democratic because in not voting we ignore one of the basic tenets of our democracy, and we abdicate one of our major responsibilities. Failing to vote essentially says that perpetuating government by the people through elected representatives is not a priority.

Half-patriotic because being a patriot means more than waving the flag and singing “God Bless America.” If you love, support and are willing to defend this country and our way of life — and that is what being patriotic means — then taking time to vote is the least investment one can make.

Instead of strengthening the power of the voice of the people, not voting weakens it. You may not like the choices, but cast a vote for Obama or Romney. The decision for one or the other will change the course of the country.

Under normal circumstances if anyone accused us of being anti-democratic or the least being unpatriotic, we would be at a minimum offended. A lot is riding on the vision the next president has for this nation here at home and as the leader of the free world.

Where do you stand? Are you content to continue to reap the benefits of what it means to be a citizen of these United States? Or, are you willing to take the minimum steps to protect and promote those values, principles, and freedoms that make the nation one of the best places to live on this earth?

Just how deep is our love for this republic is a question well worth asking when we continually, despite the internal and external threats to it, go down this slippery slope of apathy and disinterestedness around who ultimately gets chosen to make important decisions on our behalf about the well-being of this country.

The outcome to this presidential election will be a defining moment in America’s history. Every eligible voter needs, and should want, to be counted.

During the last week of an election, much of the attention from candidates has traditionally focused on the undecided voters. But something needs to be done to prick the conscience of the non-voters.

Non-voters have become comfortable being non-entities, being AWOL when it was time for their positions to be counted. They proclaim their non-participation with comfort and ease, often wearing it as a badge of non-patriotic honor. You can almost hear their pious boastings: “All politicians are crooks or incompetent. Politics is no longer an honorable profession.”

Brash, non-voting braggarts, too many of us have become.

What about our young people? Too many offer frivolous reasons for not being engaged in the electoral process. They irreverently characterize politics as boring, irrelevant, or uninteresting. Many older people hide behind cynicism, finding fault, placing blame as solace is found in self-righteous indignation and the ignoble position of being a non-voter.

The easiest thing in the world is to remain on the sidelines. Complain about how bad the candidates are when you have not bothered ask one question, attend one forum, or passed out one leaflet on anyone’s behalf. It is easy to stay at home or pass by the polls on voting day. It is easy to watch the returns out of curiosity to see who happened to have won. It is easy, and a popular pastime, to spend the next months and years complaining about what the elected officials are doing or not doing.

There are thirty days left to decide for whom you will caste your vote for President of the United States, Barack Obama, or Mitt Romney. They each represent clear and distinct choices. If you think there is no difference between Barack Obama and Mitt Romney or other candidates in your area who may be running for the U.S. Congress or Senate , governor or some other office, you are truly out of touch with what is in the best interest of this country, your state, and your community.

So are you just a feel good, flag-waving patriot, full of bravado at the very thought of a present or imminent affront or assault on our democratic way or life? Or, are you a builder and preserver of this great republic?

If you do not vote on November 6 and help determine who becomes president of this great nation, what good are your feelings?