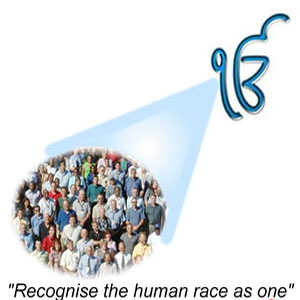 Racism and global warming, what do they have in common? Racism, like global warming, is pervasive and harmful. Its negative impact is preventable, but only if we care enough to put forth a sustained and concerted effort to take action on it.

Many of us would like to believe that race and interracial issues are no longer a major issue in this country. But if we honestly looked around us, we might witness episodes virtually on a daily basis that whisper or scream to us that bigotry, prejudice, and racism are not only alive and well, but booming. We’re all a part of one race: The human race. Until we accept that fact which sets us apart from everything else on planet earth, we will never make progress on those daily issues that divide us or the actual problems that threaten our very existence.

Silence, refusal, and panic are the real enemy in handling matters and the issues we confront when it comes race. What a shame. We’re able to make a real and lasting difference, if we could simply forego beliefs of superiority, and those fictitious comfort zones of separateness.

Racism is a global problem. Reports of racist incidents or issues happened in the United States, England, Ireland, South Africa, Zimbabwe, Canada, Israel, Greece, and other places near and far in only this past week from racial slurs used in the greatest political chambers, to the bullying and harassment of teens in the roads because of how they appeared.

At what point, will the significance of racism rise on the national and international level as an issue that we must deal with just as we deal with other pressing issues as the economy, climate change, terrorism, and energy?

When will we spend the time and resources to get at these critical issues that in many ways undermine our ability to find significant and enduring solutions? Racism and global warming, what do they have in common?

How is it possible for us to develop effective solutions to our economy, our educational system, the fight against terrorism, alternatives to global warming and the emerging energy crisis if we do not take time to better understand our differences, take time to observe what we hold in common and what binds us as human beings?

It is critically important that we come together as a common entity, humankind. We must take the time to understand people of different colors and cultures if we ever intend to solve a few of the daunting difficulties we face on this planet, the solutions of which will enrich all of our lives in the process.

Long term, those efforts will determine our destiny.