The values and laws that make America great are at risk for being replaced by ones that are less noble, less honorable, and less workable. Where are the defenders of the Constitution and its Amendments that have set this nation apart from any other? What has happened to respect for and adherence to the rule of law? What has happened to freedom of the press? For starters. This erosion, like cancer, is spreading.

Fundamentally, it seems our representative government, which should be of the people and by the people is losing its way. The voices and defenders of truth and honesty, when it comes to public discourse and advancing public policy, seem to be drowning in a sea of lies and distortions. The lies and distortions are coming from those who hold the most visible and powerful positions in this nation: The President, some Senators, and some Representatives.

Are we really becoming a country, a citizenry that finds acceptable the blatant disregard for honesty, truth, and the rule of law? Is such behavior the new normal? The values and laws that make America great are being ignored and turned upside down. To whom do we turn? 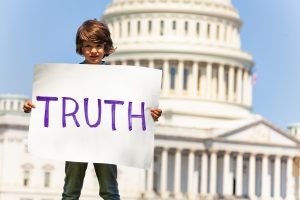 There was a time when aspiring to be a public servant, an elected official, was an honorable and noteworthy profession. Who can you point to as great role models for your children, your grandchildren, for yourself? Who do you look up to as a model public official, who works for the best interest of the people who elected him/her, who works for the best interest of America?

What we are witnessing today from the highest offices in our land is not just shameful, hurtful, it is putting the very values and laws that make America great at risk.

The future of America and how it will be governed is at a critical crossroads. We, the people, can only determine which road will be taken. Will you stand for the values and laws that make America great?