Suppressing the Vote in This Democratic Republic

Racism Rages Despite Being Connected Globally

Misleading the Public Is Very Dangerous and Destructive

Suppressing the Vote in This Democratic Republic

Suppressing the Vote in This Democratic Republic. Photo Credit: wildpixel

Instead of making it easier for American citizens to vote, there are those who persists in suppressing the vote in this democratic republic. The United States is the only country with a continuous democracy that is more than 200 years old. You would think that is something to be proud of and treasured. Yet, there are those leaders in powerful positions as a result of the vote who persist in denying that inalienable right to many other citizens who may not have voted for them. This recent surge of voter suppression is targeted against not only blacks and other minorities, but the elderly, and the disabled.

While there have been ongoing efforts to deny or suppress the vote of blacks in this country since its inception, many political leaders have fought to defeat those efforts and protect the right to vote for America’s most disenfranchised. But, there are measures being taken in many states today to make it more difficult to vote for many groups. Suppressing the vote in this Democratic Republic is downright un-American. Or, is it?

After a record turnout in the 2020 Presidential election, you would think that would be considered a good thing. That during one of the most challenging times in recent American history, citizens came out to vote for candidates that they believed would help lead and put the nation on a path to recovery—economically, socially, and getting the pandemic under control. Post-election analyses have proven that the election results were legal, where both Democratic and Republican candidates were duly elected. But the losing party has become obsessed with suppressing the vote in this Democratic Republic. 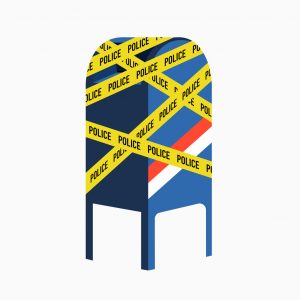 Suppressing the Vote in This Democratic Republic.
Photo Credit: wildpixel

The fact that Republican lawmakers in the majority of states have or are introducing legislation to restrict voting should be concerning to every American who treasures their individual right to vote. Some of these legislative initiatives would reduce or eliminate the option to vote by mail. Just imagine how many older, disabled Americans could be denied the vote. Other legislative initiatives would eliminate or restrict ways to register to vote, and add stringent inconvenient requirements.

Taking such steps and suppressing the vote in this Democratic Republic will not protect and preserve it. Why isn’t the oldest continuous democracy doing everything it can to keep it safe and vibrant? Making it more convenient for legal citizens to exercise one of their most precious and powerful rights—to cast a vote!