The Importance of National Leaders and Traditions. (photo by Sviatlana Barchan/iStock Images)

Since the death of Queen Elizabeth II, we are reminded of the importance of national leaders and traditions and the unifying effect they can have on a nation.

Despite what might be going on in the United Kingdom when it comes to the economy, immigration, climate challenges, and the very publicized dysfunction in the monarchy, the Queen—in life and death—is known for bringing the country together.

Queen Elizabeth II has been a unifying symbol for seven decades. Her steadfast leadership, presence, and style has been a source of comfort. The predictability, the pomp and circumstance around age-old commemorations all show the importance of national leaders and traditions.

In life and in death, like Queen Elizabeth II, countries need leaders with values, ethics, respect for the offices they hold, national traditions, and most of all an appreciation for and commitment to being a public servant.

With such characteristics in consistent full display, they can be a rallying call for citizens to be proud and protective of the country they call home—despite the shortcomings, the economic, political, and social challenges it may face. One cannot minimize the importance of national leaders and traditions. They provide the glue that holds a country together no matter what. 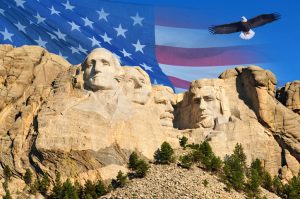 The Importance of National Leaders and Traditions. (photo by LaserLens/iStock Images)

For decades, the questions around the oppression of colonialism in many of the countries that make up the United Kingdom have surfaced with varying degrees of intensity. Some calling for the complete dissolution of the monarchy. Others calling for radical change and modernization.

But even as those uncomfortable, even painful discussions, are always occurring at some level, we have seen what a sense of history, symbols, and leaders can do to make things better or worse; to calm the discordant discourse or accelerate the unrest.

Recognizing the importance of national leaders and traditions can keep a country from total anarchy and disintegration. They can have a unifying and mobilizing effect that can keep a  country moving in the right direction.

Too often, it takes a national loss or tragedy to remind us of the importance of national leaders and traditions on our sense of unity, love of country, and outward expression of patriotism.

It does not have to be that way.

We in the United States and all over the world are captured by the United Kingdom’s mourning the loss and celebration of their Queen. Why?

Could it be that something is missing in our sense of national unity?

Could it be that we have lost sight of the importance of national leaders and traditions and what they do to bind us together?