Biden and Harris Cannot Fix Our Heads and Hearts

The damning, devastating, and dreadful Capitol insurrection demands more than accountability, prosecution of the guilty, and issuing the appropriate punishment. It demands a much deeper look by all Americans to determine and acknowledge all the reasons that got our country to this moment in its history. There are many. But two areas readily come to mind: the lack of knowledge and respect for American history and culture.

It would be a major missed opportunity to believe that the blame for the insurrection lies solely at the feet of Donald Trump, his unwitting followers, white supremacists, other domestic terrorist groups, and the misplaced and misguided rage of many disgruntled citizens who joined in the deadly melee.

What happened at our nation’s Capitol represents some grave educational and cultural deficits that have been ignored and gone unaddressed for decades. Because of the lack of real attention to these destructive deficits, the Capitol insurrection demands more than accountability.

It would be easily to list systemic racism, economic disparities, and antigovernment sentiments as the major culprits. Yes, we know that they all exist and have existed for centuries, since the formation of the Republic. Both band aids and real solutions have been applied to remedy those problems. But clearly that has not been enough. 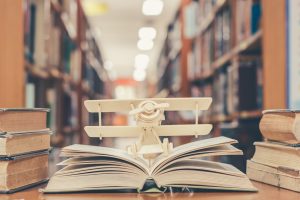 One of our greatest failings as a society is that we have failed to teach, emphasize and pass on the history and culture that is uniquely America. How long has it been that we stopped teaching civic lessons in our schools? It was once required. With the growing emphasis on technology and global competition, it is often done at the expense of valuing our history and culture. How much history and culture is being taught in our schools today at any level? The Capitol insurrection demands more than accountability. It demands to a great extent a refocus on our history and what makes America great.

We have an opportunity as teachers, parents, and educational institutions to begin to emphasize the sense of urgency to our children and young people about the need to gain a real understanding of American history, traditions—good and bad—to stem the tide of this insurrection cancer that is growing among us. The real challenge is the re-education of the millions of citizens who are ignorant and misinformed.

How do we change the lies, misinformation, and the lack of knowledge of those Americans who may feel the same way as those who participated in the deranged deadly mob protests that have been occurring, intermittently, for decades? Where do we begin?

One thing is very clear, the Capitol insurrection demands more than accountability. It is a wakeup call that there is a real educational void. If left unaddressed in a sustained way and on a broad scale, the future of the country and our way of life could become more at risk.